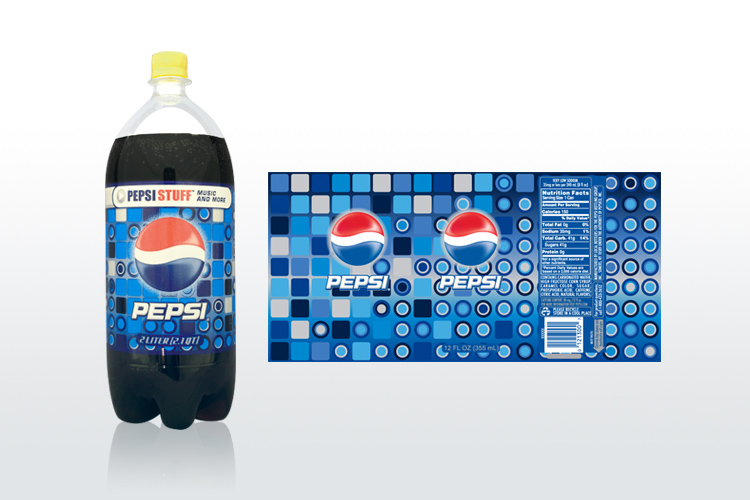 Pepsi
Bottle Design
A few years ago Pepsi held a competition for can and bottle designs, open to the public. Not thinking I had a chance against the more than 50,000 entries, I decided to enter a few designs anyway. A couple of weeks later a check arrived, along with a notice that one of my designs had been selected to be featured on 1- and 2-liter bottles of Pepsi. Cool! Only 10 designs were chosen, and they were available across the country on store shelves for almost a year. The day after I received the letter, I gave birth to my second son. We named him Pepsi.
— I'm kidding! We didn't name him that, but it would have been pretty funny, right?